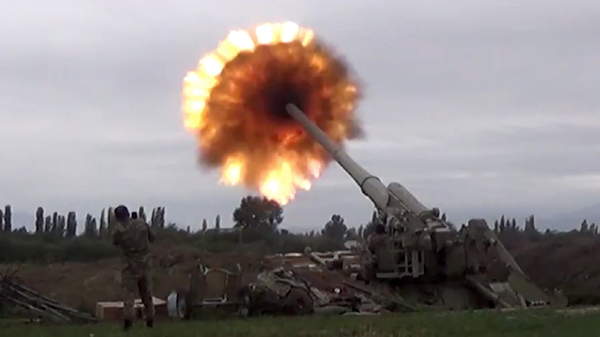 Dozens of service members on both sides reportedly have been killed in violence that began Sunday in the disputed Nagorno-Karabakh region. The conflict has the potential to draw in NATO ally Turkey.

Source: npr
Fighting Between Armenia And Azerbaijan Threatens To Spiral Into Full-Blown War