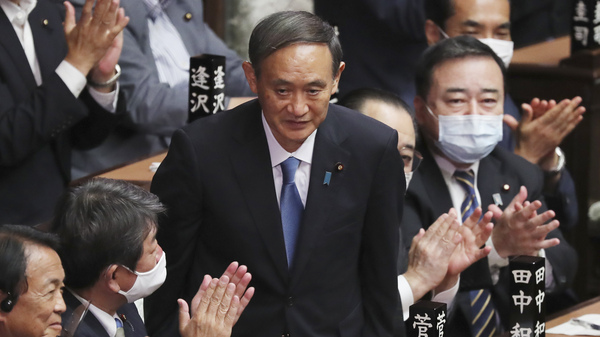 The former chief Cabinet secretary and government spokesman was sworn in as the country’s first new prime minister in almost eight years after Shinzo Abe stepped down citing health concerns.